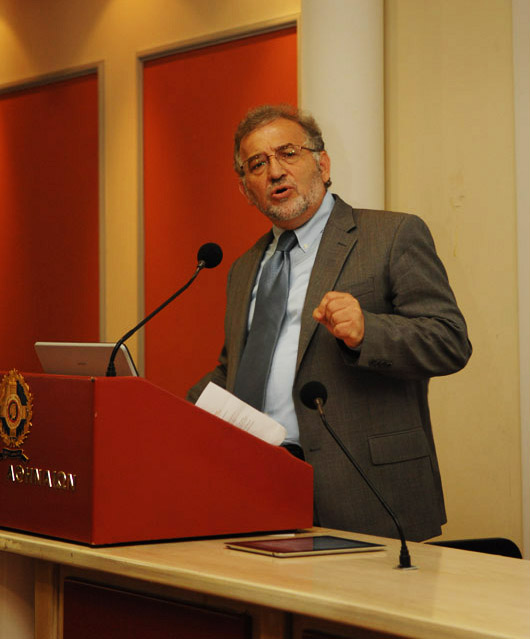 Associate Professor in Frederick University of Nicosia, Cyprus in the subject of Family Therapy. He obtained his Ph.D. from the Dimokritian University of Alexandroupoli. He is the scientific director of the Therapeutic and Training Institute “Antistixi”, where mental health experts are trained to become psychotherapists”.

He is a founding member of the Greek Systemic Thought and Family Therapy Association (EESSKEPSO) and of the scientific journal “Psychiatric Notebooks”.

He is the General Manager of the Child Mental Health Center (1986-today), which is a modern child-psychiatric unit, working in a complete scientific group, grounded on Systemic Therapy approach.

He was a Scientific Manager of the Fthiotida’s Child Mental Health center (1989-1995).

He has been a postgraduate professor at the Marasleio Academy.

He has been a scientific director of the European Social Training Program for Volunteers Cores.

He is a professor at postgraduate, master courses of mental health.

Founding member of the Scientific Journals “Psychiatrika Tetradia”, “Vimothyro”, “Psychis Dromoi”. His essays have been published in Greek and International scientific journals. He has written three psychology books: “Rogmes kai aggigmata”, “I adikia pou pligwnei” and as his doctoral dissertation “School denial: a research on the child’s and family’s dynamics. As a writer he has co written many books, as : “For life and family”, “Balkans and mental health”, “children with behaving problems”, “Aimomiksia and therapeutic setting”, “Theology and Psychiatry in a dialogue”, “Education and modern society”, “Intra-family violence: a scientific approach”, “Human communication”, etc.

This website uses cookies to improve your experience while you navigate through the website. Out of these cookies, the cookies that are categorized as necessary are stored on your browser as they are essential for the working of basic functionalities of the website. We also use third-party cookies that help us analyze and understand how you use this website. These cookies will be stored in your browser only with your consent. You also have the option to opt-out of these cookies. But opting out of some of these cookies may have an effect on your browsing experience.
Necessary Always Enabled
Necessary cookies are absolutely essential for the website to function properly. This category only includes cookies that ensures basic functionalities and security features of the website. These cookies do not store any personal information.
Non-necessary
Any cookies that may not be particularly necessary for the website to function and is used specifically to collect user personal data via analytics, ads, other embedded contents are termed as non-necessary cookies. It is mandatory to procure user consent prior to running these cookies on your website.
SAVE & ACCEPT